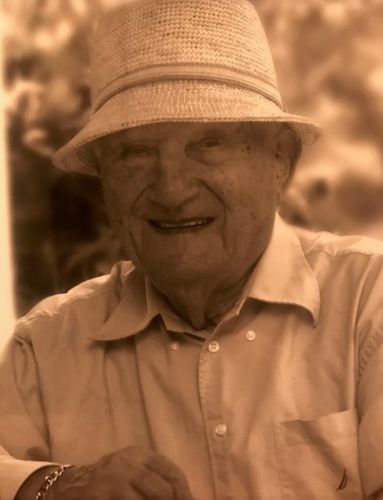 Born in Dresher, Pennsylvania on October 20, 1909, Mariono was the fourth of five sons of John Rotelle and Antionette Rotelle (nee Riccardelli), who had emigrated from Italy.

Mariono and his brothers operated a fruit and vegetable distribution company, Rotelle, Inc. in Springhouse and West Point, PA. He was a member of St. Joseph's Church and the Knights of Columbus. At an early age, Mariono enjoyed dancing and singing, baseball and golf. He enjoyed horses and mostly enjoyed life with a very positive attitude.

In 2003, Mariono moved to Senoia, Georgia to live with his daughter, Nancy Tyre and her husband Bill. He was recognized as Senoia's most senior resident and the oldest man in Coweta County, and became known as "Pops". Mariono made international news when, at his 107th birthday party, he attributed his long and healthy life to having had "a shot of whiskey in my coffee every morning for 100 years". His advice was simple, "Make every day a holiday; Have nothing to worry about."

Mariono was preceded in death by his beloved wife, Esther Rotelle (nee Veneziale) in 2003. He was the devoted father of John, an Augustinian priest who passed away late 2002. He is the loving father of Nancy Tyre of Senoia, Georgia.

Relatives and friends are invited to call on Monday April 24 from 9:00 to 10:00 AM at St. Joseph's Church, 16 S. Spring Garden Street, Ambler, followed by Mariono's Funeral Mass at 10:00 AM. Interment will be in Holy Sepulchre Cemetery, Cheltenham, PA.

Remembrances in Mariono's name to St. Joseph's Church would be appreciated by the family.

Photos and tributes may be shared a www.UrbanFuneralHome.com.

What a wonderful man, as were all his brothers. Always a smile and kind word for all. My deepest sympathy to you, Nancy. How lucky you were to have your father with you.
Fondly,
Sugie Rotelle

The attached photos are added to the memorial of Mariono "Pops" Rotelle to help share their legacy.

Thank you for sharing your memory of Mariono