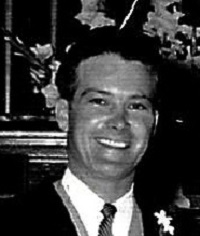 Charles A. Hoffman, "Chick" died peacefully on Wednesday May 29, 2019 at the Abington Hospice in Warminster. He was 83 years old.

Born in Prospectville, PA, Chick was the son of the late Raymond and Jeanette (Worthington) Hoffman and Pre-deceased by his brother Raymond "Jonesy" Hoffman.

Chick was employed as a truck driver for Chemical Leaman Tank Lines for over thirty years prior to his retirement in 1993. He was a member of Teamsters Local 463 in Dresher. After retirement, Chick drove a school bus for the Wissahickon School District.

Chick enjoyed working around his home, taking care of his yard and gardens. Many happy times were spent at the family's mountain house, where Chick loved boating with the kids and deer hunting. He was known by all as a generous, hardworking, caring, and dedicated husband, father, grandfather, brother, uncle and friend.

From the time he was 15 years old, Chick was a fixture at Lynch's Service Center in Ambler. He loved spending time working with Pop, Jack, Ronnie, Richie, and Bobby. Although not blood related, he fondly called them his "second family" and they supported each other throughout their lives.

Chick was preceded in death by his beloved wife Sue (nee Jackson) in 2013. He is the loving father of Charles R. "Chickie" Hoffman and his wife Susan of Red Hill; and Frank E. Hoffman and his wife Helen of Telford. He is the proud grandfather of five and great grandfather of seven. He will be dearly missed by his sisters Linda Lelii (Vic) of Hatfield; and Janet Pool of Doylestown.

To Chicks Family, it’s so hard to lose a loved ones. But cherished memories can help lighten the heart. May your family draw on those memories during this time- Deuteronomy 32:7

Have nice memories of the Hoffman family when growing up and extend our condolences to Chick's family. He was a good guy. bless.

Besides being a wonderful brother/brother-in-law you were one of our most treasured friends. Thanks for the memories. So happy to be of help in your last needs. Will love and remember you always!
Rest in peace, dear brother.

The attached photos are added to the memorial of Charles A. "Chick" Hoffman to help share their legacy.

Please help memorize Charles A. "Chick" Hoffman by recording your attendance below.

Thank you for sharing your memory of Charles