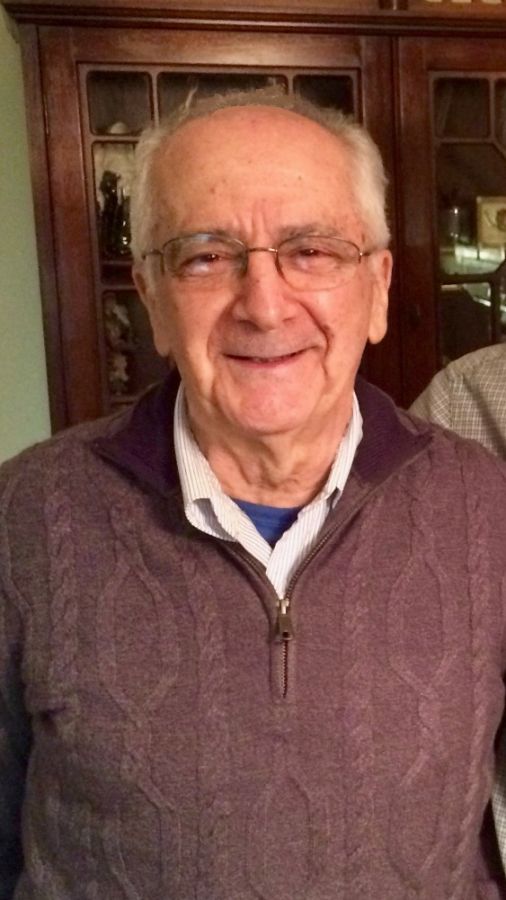 Joseph Victor Mastromatteo, 80, of Ambler, Pennsylvania joined Our Lord on Tuesday, June 18, 2019 at the hour of Divine Mercy in the presence of beloved family members.

Born on November 2, 1938 he was the youngest child of the late Tommaso and Margherita (née Camassa) Mastromatteo of Vico del Gargano in Foggia, Italy.

He was a graduate of St. Matthew's High School in Conshohocken. A great debater, Joe received many accolades as a student, most especially in the Monsignor Wachter Memorial Oratorical Tournament as well as The Ninth District American Legion Oratorical Tournament. He also received awards of distinction for his oratorical declamations at the annual Speech Festival at Temple University and the National Catholic Forensic League.

Joseph received a full scholarship to St. Michael's College in Vermont until the death of his father. He continued his education and received a Bachelor's degree in Philosophy at Villanova University before working for IBM as a Communications Specialist.

As a veteran of the United States Army, Joseph used his talents to express his concerns and communicate with government leaders throughout the 20th century. As a passionate Roman Catholic, he served as a Grand Knight of the Knights of Columbus Council 3843 and continued to support pro-life initiatives throughout his life.

After his retirement from IBM, Uncle Joe enjoyed visiting with his siblings and their families and he became known as the world-traveler and produce connoisseur of the family. As the youngest of ten children, he was very proud of his Italian heritage and enjoyed sharing stories about his upbringing to the younger generations of his family. He was especially proud of the academic and personal accomplishments of his grand nieces and nephews.

He was preceded in death by his siblings Carl, Eleanora Romendio, Leonard, Michael, Thomas, John, George and Albert.

Relatives and friends are invited to call Friday, June 21, 2019 from 9:00 to 9:45 AM at St. Joseph Roman Catholic Church, 16 South Spring Garden Street in Ambler. His Requiem Mass will be celebrated at 10:00 AM. Interment will be in Saint Patrick's Cemetery, Norristown.

At his request, charitable donations in Joseph Mastromatteo's name may be sent to St. Joseph's parish in Ambler.

The guys he went to grade school with called him the Professor.Uncle Joe was a complex guy like all students of philosophy.He was old school Italian even refusing to change his name to the Mastromatto from Mastromatteo.Very principled
I told him one time when I graduate from college I'm going to go look for a job at IBM where he worked..he had a good sense of humor he said just don't wear those disco shoes.
I'm happy I saw him in 2017 when I visited my father at the Artman Home in Ambler
Thpmas A.Mastromatto

The attached photos are added to the memorial of Joseph V. Mastromatteo to help share their legacy.

Thank you for sharing your memory of Joseph