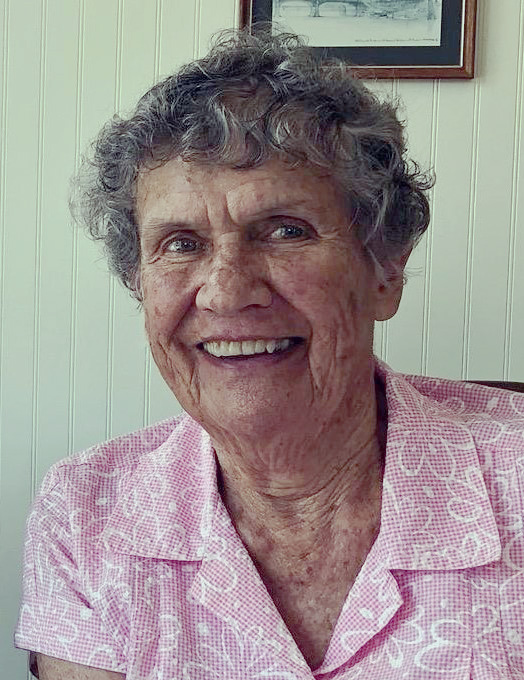 Throughout her life, Sister Marie had felt puzzled by Mahatma Gandhi's famous quote: "be the change you want to see in the world." She wondered "how does a person 'be the change?'"
And then, as she sat with a fellow MMS who was dying and could no longer speak, she figured out what Gandhi had meant. "'Just do it,'" she recalled thinking. "Be kind, be peace, be love. It is all so simple and just what Jesus came to teach us."

Sister Marie had been living Gandhi's message for many decades, in fact. At the age of 12, she wondered if she would grow up to be a missionary in a foreign country. "Perhaps that is where the God quest began for me," she later reflected.

After entering the Medical Mission Sisters in 1949, she became a certified medical technologist at Nazareth Hospital in her home city of Philadelphia. Soon her childhood prediction came true when she was sent to Holy Family Hospital in Karachi, Pakistan. She served there for 13 years before being assigned to mission in Dacca, where she served for five years.

She returned to the United States in 1974 and became involved with a primary health care/community development project in North Carolina. In 1977, she earned a bachelor's degree in sociology from the University of North Carolina at Chapel Hill. She also worked with the Diocese of Savannah in St. Mary's, Georgia, and in Fernandina Beach, Florida.

In 1980, Sister Marie spent several months aiding Cambodian refugees in Thailand. When she returned to the United States, she took a hospice course at Holy Redeemer Hospital in Philadelphia. When her schedule permitted, she served as a hospice volunteer, conversing with patients and reading to them when they asked. When patients could not or chose not to speak, Sister Marie practiced mindfulness meditation, a form of prayer that, for Sister Marie, became "a wonderful source of peace, contentment and blessing beyond measure in my senior years."

After ministering in several departments at MMS's North American headquarters in Philadelphia from 1982 to 1988, and earning an M.Ed. at Temple University, Sister Marie relocated to St. Petersburg, Florida, where she helped to manage a women's shelter and served as MMS's discernment coordinator. For 12 years, she worked in the Connections Job Development Program in New Port Richey, Florida, where she helped individuals seeking jobs to learn computer skills. "To be a part of my students' enthusiasm and appreciation of their new computer skills is fulfilling and an exciting part of my ministry at Connections," she reflected.

In 2010, Sister Marie returned to Philadelphia and served as MMS membership coordinator. She continued her hospice work at St. Joseph Manor, Holy Redeemer Hospital, and visited the sick and the elderly in St. John Neumann Nursing Home. Once a week, Sister Marie visited women at Interim House, a residence for women who have been incarcerated and are in recovery from prison, prostitution, drugs or alcohol. Reflecting on the experience, she shared "the importance of accepting others as they are and not as I think they should be was and is a concept that has been a light to my path over the years."

In early 2019, she moved to an independent residential facility, Holy Redeemer Lafayette. Sister Marie was on vacation in Jacksonville when she passed away unexpectedly.

Sister Marie once shared, "So many people, events, books, workshops, and 'learnings' have brought me to where I am today...the longer I travel my unique road as a Medical Mission Sister, the more grateful I am."

Our Aunt Marie was a Ray of Light to countless souls. We are truly blessed to have had her in our lives. She was Kindness she was Peace she was Love. She just did it and the world is a better place because of her. We love her so much. Tilly's kids. Tommy, Eileen, Mary and Dianne Walls.

Aunt Marie truly embodied everything it means to be a good person. As the obituary outlines she spent her whole life helping other people. She spread love and knowledge wherever she saw a need. Fortunately I was able to live by her in FL. The house she and Sister Joan shared was a favorite gathering of like minded women. I always admired Aunt Marie. Fortunately I was named after her and will try to live by the light she shared. 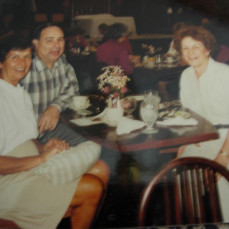 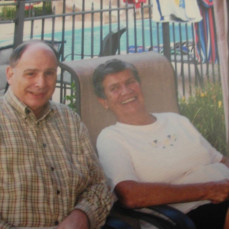 The attached photos are added to the memorial of Marie Schmids, M.M.S. to help share their legacy.

Thank you for sharing your memory of Marie