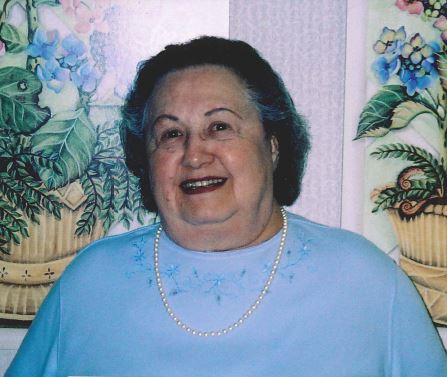 Born in Ridgway, PA, Mary was a daughter of the late John and Mary (Marzulli) DeMatteo. She grew up in Ridgway and was a 1942 graduate of Centennial High School. After graduation, she joined her family in Baltimore, MD, and was employed as an aircraft riveter at the Glenn L. Martin aircraft factory for the duration of World War II.

A longtime resident of Upper Dublin, Mary was a crossing guard and was an administrative assistant for the Upper Dublin Police department for 17 years. She then moved to the Magisterial District Court, assisting Judge Patricia Zaffarano until her retirement in 2004.

Mary was a member of the Fort Washington Fire Company Ladies Auxiliary and the FOP Auxiliary. In her spare time, Mary liked to relax with reading, sewing, and knitting.

Mary is survived by her loving children David D.Garrett of North Hollywood, CA, Don L. Garrett, Jr. of Milton, WA, Gene R. Garrett and his wife Sarah of Firestone, CO. She is the beloved grandmother of 3 and great grandmother of 4. She is also survived by her siblings Anthony DeMatteo of Phoenix, MD and Lena Belcastro of Baltimore, MD.

She was preceded in death by her husbands Don L. Garrett, Sr. and Joseph Ochotny, Sr. and her siblings John DeMatteo, James DeMatteo, and Viola DeMatteo.

Relatives and friends are invited to call on Thursday, October 10, 2019, from 9:00 to 11:00 AM at the Anton B. Urban Funeral Home, 1111 S. Bethlehem Pike, Ambler, PA 19002. Funeral Service at 11:00 AM with the Rev. Edward B. Johnson, of Holmesburg Baptist Church as officiant. Interment will be in Whitemarsh Memorial Park. Remembrances in her memory to a worthwhile religious charity would be appreciated by her family.

Remembrance of Mary:
We first observed the love Mary had for her children when we visited Pittsburg shortly after David was born. That love grew and sustained Mary through some difficult years of her glorious life. Shortly before her 95th birthday, Mary called to inform us that she had become weary and we knew she was ready to take the hand of our Lord and Savior. How wonderful it was that a birthday celebration enabled her "boys" to show how much they appreciated those years of love.
Uncle Bob & Aunt Pat

David, Don, and Bobby,
Your mother was a strong and independent woman who lived a good life. I appreciate that she remained close to us throughout her long and distinguished life. My father and I will miss her terribly. Love, cousin Terry DeMatteo and Uncle Tony DeMatteo 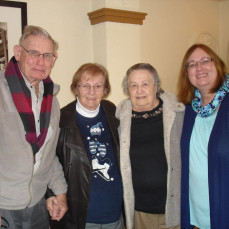 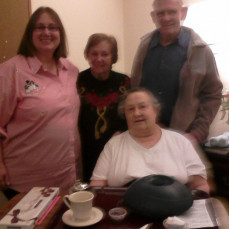 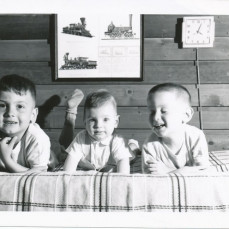 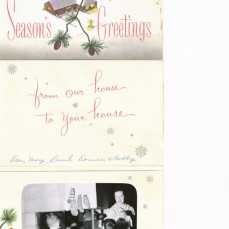 The attached photos are added to the memorial of Mary T. Garrett to help share their legacy.

Thank you for sharing your memory of Mary