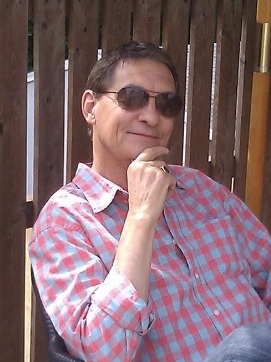 Steven Cole Cluthe, died peacefully Wednesday, December 18, 2019 while a resident of Manor Care in Montgomeryville after a courageous battle with cancer. He was 71 years old.

Born in Springfield, MA, his family then moved to Texas where he had many fond memories before the family eventually moved to Pennsylvania when he was a teenager. A graduate of Plymouth Whitemarsh High School, he was the son of the late John and Helen (nee Cole) Cluthe. He had a long career in the insurance industry and later became a partner of Nelson's Auto Tags & Insurance.

Steve had many hobbies and interests which included writing poetry and sketching. In his younger years he enjoyed more adventurous hobbies like skiing, snorkeling and cliff climbing. He was an avid sports fan and was very passionate about the Eagles, Phillies and Flyers as well as pro golf. When his favorite sports teams were not playing, he could be found watching his favorite shows like Family Guy, Bob's Burgers and Let's make a Deal.

Steve loved travelling to Florida and South Carolina to visit with family and friends whenever possible. He also enjoyed spending time with his life-long friends throughout the Philadelphia area. His smile and sense of humor were infectious and as a result, he managed to create a circle of friends so wide that it's impossible to name them all. Most importantly, Steve loved his family, especially his grandchildren. They were his pride and joy. His face would light up when anyone would ask about them. He loved to tell everyone how special they were and that they got their good looks and creativity from him! He spoke often about how much joy they gave him, especially over the last two years of his life.

Steven is the dear father of Steven Cluthe of Lantana, Florida, Sheron (Sherri) Campbell, wife of Joseph of Gilbertsville and Lindy Cluthe of Willow Grove. He is the proud grandfather of Michael and Krista Campbell. In addition to his children and grandchildren, Steven is survived by a brother, Scott Cluthe and his wife Faye of Texas, and sisters Lynne, wife of Joseph Dongieux of Louisiana, Joanne, wife of Gene Saunders of North Carolina, Beth Cluthe of Texas, Barbara, wife of Peter Robison of Georgia, Kendra Cluthe of Pennsylvania and Michelle Andropoulos, wife of Evan of California. Steven was preceded in death by a brother, Douglas.

Friends and relatives are invited to attend a celebration of Steven's life on Saturday, January 18th at 2 PM at Giuseppe's Italian Restaurant, 46 S. Bethlehem Pike, Ambler, PA 19002. Steven wanted his life celebration to be a happy time with friends and family so please feel free to bring a favorite story or memory to share!

Sharon, Steven and families. We are sending our love, prayers and sympathy to you and your families during this very difficult time.

The attached photos are added to the memorial of Steven Cole Cluthe to help share their legacy.

Thank you for sharing your memory of Steven