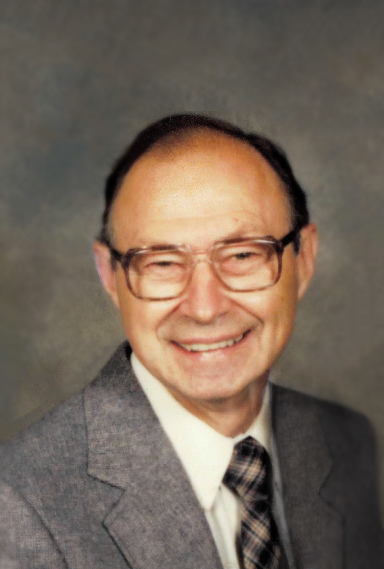 George F. Schneider, of Fort Washington, PA, died suddenly on Tuesday, December 24, 2019 at his apartment in Fort Washington Estates. He was 94 years old.

Born in Philadelphia, George was reared in the Lawndale section of the city. He was the son of the late Elsie Schneider Slaysman and grew up in the home of his German immigrant grandparents, Elisa and Frederick Schneider. As such, he was fluent in both English and German.

When George was 18 years old he joined the Army Infantry in the World War II effort. He fought in four theaters, landing in Casablanca, proceeding to Naples and then to Anzio BeachHead. From there he marched through eastern France into the Rhineland section of Germany and then on to Munich, which fell in April of 1945. His last assignment was as an interpreter in an occupation unit. He had three cousins in the German Army whom he visited after the war and before his return to the USA. George attained the rank of Staff Sergeant and earned a Purple Heart, Good Conduct Medal, four Bronze Stars, a Bronze Arrowhead and a 45th Division Presidential Unit Citation among other honors. He was discharged at age 20.

Returning to Philadelphia after the war Mr. Schneider completed his GED and studied chemical engineering at night at Drexel and the University of Pennsylvania on the GI Bill. He began his career as a draftsman at Sharples, a centrifuge company, which became part of PennWalt, where he worked as a chemical engineer in the centrifuge division until his retirement in 1991.

After the war he met Jean Winter and they married in 1948, their marriage lasting almost 70 years until her death in 2018. He is the beloved father of Lois Flothmeier and her husband Fred, and Janet Schneider, all of Maple Glen. He is the proud and loving grandfather of Andrew (Kate), Grant (Greta), and Jennika Flothmeier and the great grandfather of Johanna Rose, Matilda Jean, Kurt Ransom and Vivien Jesse Flothmeier.

After residing in Maple Glen for over 40 years George and Jean moved first to Springhouse Estates in 2006 and subsequently to Fort Washington Estates in 2016, where George enjoyed a long, productive and happy retirement. He was an active member of Trinity Lutheran Church in Fort Washington from 1963 until his death, serving on many committees and volunteering to assist on numerous projects.

George was known for his kindness and humility, but many did not know of his multiple talents. He was a violinist, an oil painter, tennis player and ping pong ace, an expert cabinetmaker and carpenter, specializing in interior woodwork, which was evident if one visited his or his family's homes. He was a do-er, caring for anyone he knew who needed help. He was the loving, generous, consistently reliable rock of his family.

Relatives and friends are invited to call on Saturday, January 11, 2020 from 1:00 to 2:00 PM at Trinity Lutheran Church, Summit & Spring Avenues, Fort Washington, PA 19034. George's funeral service will begin at 2:00 PM with Pastor Kris Chandler presiding. Interment will be private.

Memorial donations may be made to Trinity Lutheran Church.

The attached photos are added to the memorial of George F. Schneider to help share their legacy.

Thank you for sharing your memory of George

Enter your email and we'll send it over.