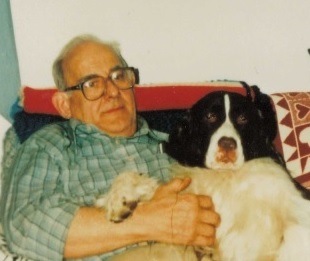 Ross Gordon Gerhart, Jr. of Forest Avenue, Ambler, died 4 February, 2020 at the Artman Lutheran Home in Ambler. He was the husband of the late Janet Saul Gerhart for 56 years.

Mr. Gerhart was a cabinet maker, restoring and refinishing antique furniture, an antiques and used merchandise deal and appraiser, and locksmith. He operated Gerhart's Antiques and Cabinet Shop and Gerhart's Locksmith Service from 55-59 North Main Street in Ambler for many years until 2004. He was 93 years old.

Ross was born 27 February, 1926 in Chestnut Hill Hospital, Chestnut Hill, Philadelphia, PA. He was a native of Ambler and lived there all of his life. He was the son of the late Ross Gordon and Florence LaVerne Scheetz Gerhart, Sr. of Ambler. Besides his parents and wife he was predeceased by an infant sister, Laverne Jacqueline Gerhart in 1923, his grandparents, Charles Weikel and Fannie Helen Oberholtzer Gerhart, Sr. and Davis T. and Laura Funk Jones Scheetz, and three aunts, Elsie Mae, Mary Viola, and Gladys Aster Scheetz, all of Ambler.

The family requests prayers; no flowers or memorials.

Gordon we know you and Elaine will miss your dad very much. You guys were very good to him. Jeannie, Don, and I send our deepest condolences. Sara

The services for Ross have not yet been added. Please sign up below to be notified when the services are ready.

The attached photos are added to the memorial of Ross Gordon Gerhart, Jr. to help share their legacy.

Thank you for sharing your memory of Ross