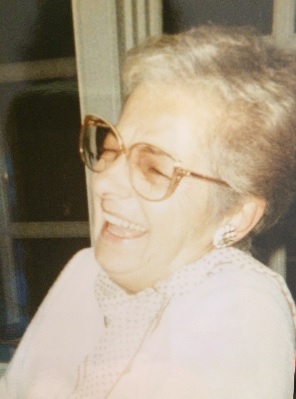 Matty was born October 10, 1919 in the Bronx, NY, the daughter of the late Nicola and Maria (nee LaForgia) Sforza, the youngest daughter of their 9 children.

Matty spent her early teenage years as a model in the garment district in New York City, modeling clothes for high-end designers' customers. She spent much of her later years prior to retiring as a salesperson for Loehmann's Department Store. After moving to Bethlehem Village, she enjoyed participating in the residents' theater group performing in plays, and was also a member of their singing group, "The Note-ables." In addition, she worked in the gift shop and volunteered at St. Joseph's Villa.

Matty was preceded in death by her beloved husband Emil F. "Jack" Izzillo in 1976. She is survived by her devoted daughter, Linda M. Izzillo of Montgomeryville, PA. She will be missed by many nieces and nephews and great-nieces and nephews.

Flowers are welcome, but in lieu of flowers, donations may also be made to the Sisters of St. Joseph at St. Joseph's Villa, 110 W. Wissahickon Ave., Flourtown, PA 19031.

Tributes and photos may be shared at www.UrbanFuneralHome.com.

2 people have supported the family by purchasing them flowers or gifts from the Healing Registry.

Linda,
We send our deepest sympathy to you. Your Mom was a great lady and a good friend with our Mom, Eileen Kerrigan. Sincerely, Kathy, Nance and Joan

A great person who always made us laugh! With deepest sympathy and prayers to Linda! We will miss Aunt Tillie and that wonderful sense of humor and fabulous smile. Ginny and the Vitella Family

Aunt Til you were an inspiration.
Now you are reunited with Uncle Jack and all your loved ones gone before. God rest your beautiful soul.
Sympathy, Love and hugs dear Linda. You are in my thoughts and prayers. 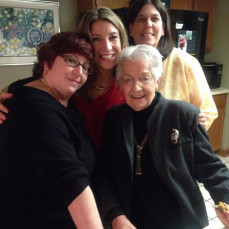 The attached photos are added to the memorial of Matilda T. Izzillo to help share their legacy.

Thank you for sharing your memory of Matilda