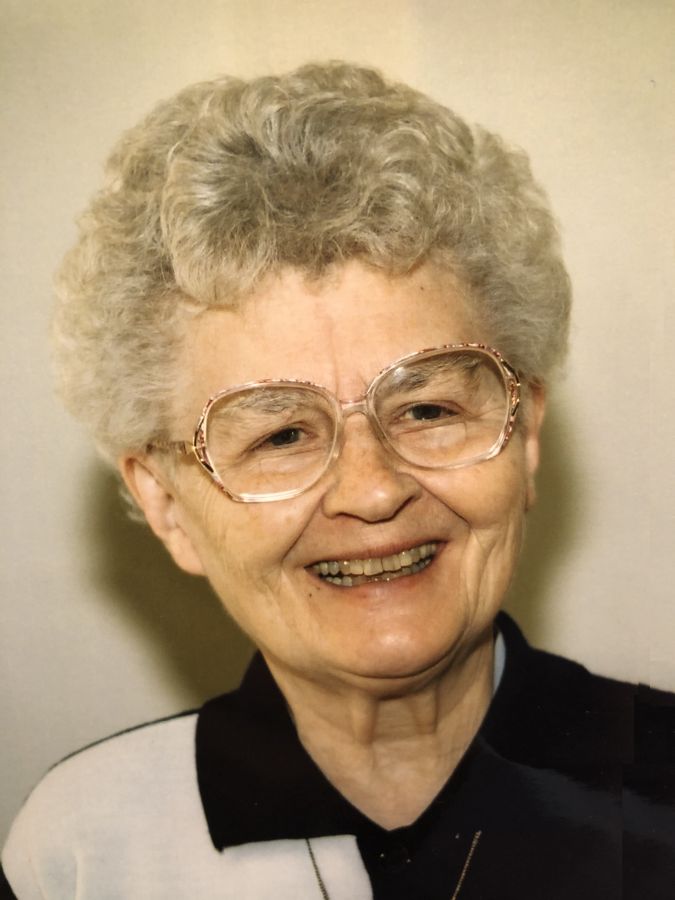 Born in St. Cloud, Minnesota, Sister Carol Huss grew up in Hammond, Indiana with her parents, Armand and Cyrilla Huss and five siblings. She earned her R.N. at St. Margaret School of Nursing, where she worked for several years before entering the Medical Mission Sisters in 1949. She made her First Profession of Vows in 1952 and her Final Vows in 1957. She later received her bachelor's degree in Nursing and master's degree in Hospital Administration from St. Louis University. In 1974, she received her Ph.D. in Hospital Administration from the University of Delhi.

Sister Carol spent 39 years in India as a nurse, midwife and administrator, primarily in New Delhi, Bandra, Poona, and Patna. She worked as a trainer, consultant and program manager for the Volunteer Health Association of India (VHAI) and was on the visiting faculty at the University of Delhi. She also served in her Society leadership while living in India.

"People have been so ingrained to seek help from professional medical people whenever they have the least little ache or pain," Sister Carol reflected. "They need to rethink their attitudes, their beliefs. They have to really value high level wellness. What is involved is re-education. It's unlearning things that were wrongly learned in the past and relearning new ways of being whole and being healthy."

In 1991, Sister Carol returned to the United States, where she settled in Philadelphia at MMS's North American Headquarters. There, she was active with prison ministry and retreat work in addition to serving in her Community's Mission Development Center.

"The beauty of Philadelphia was a soothing balm for my Spirit," she shared. "As the seasons unfolded, each with its own richness, I felt accepted back into the fold of my country with its people and its problems. When I quit looking, God placed more than enough work in my hands: prison ministry, working at Interim House, running groups and retreats for single women on welfare, etc., etc."

When Sister Mary Kirkhoff asked her to join her in her dream of practicing holistic medicine in the U.S., Sister Carol immediately said yes. In 1998, the two went to Double Adobe, Arizona. Although Sister Mary was fully absorbed into the clinic, there was no immediate space for Sister Carol. Instead, Sister Carol ministered to the community, visiting the sick and holding weekday communion services. She published a book, "Remember: A Labor of Love" and ran counseling and healing sessions, retreats and study groups. Sister Carol enjoyed having time to study, pray and to welcome visitors to her home which she shared with Sister Mary. She commented, "people come to our house for peace, quiet and love. It is a house of healing and transformation because God dwells here." She cared deeply about the migrants crossing the Mexico/U.S. border, setting out water for the travelers, and praying for their safety. At age 83, Sister Carol became actively involved with Sister Mary on a microcredit project that provided resources to small-scale Mexican entrepreneurs.

Even when younger, Sister Carol was interested in the spirituality of the aging. At 81, she reflected, "Did you ever think of making your arthritis, fading sight and hearing, or lack of energy 'holy,' 'respected greatly,' or even 'venerated'? Diminishments help us decompose and dissolve our ego so we can become plenitude and unity in God. If we hallow our diminishments, we turn them into gold!"

In 2018 Sister Carol returned to Philadelphia and remained active, attending daily Mass and playing games and completing puzzles to keep her mind sharp. When she was moved into hospice recently, someone asked her if she is afraid. She replied, "No, I am going into Love."

Remembrances donations in her name may be made to the Medical Mission Sisters at the above address.

When I was a student in St. Mary’s Cathedral Grade School in St. Cloud, Sr. Carol visited and did a presentation about her life in India in the St. Mary’s Institute auditorium. Since I was related to her I was chosen along with a classmate to take part in the presentation. I suspect that Cress (Huss) Gans, a St. Mary’s Cathedral parishioner and also a relative of Sr. Carol's, was involved in arranging for Sr. Carol’s presentation and in my participation. As I recall, the presentation was for parishioners and not for students. I was excused from class which made for an exciting school day. :>) I think that we were in eighth grade. My main recollection is that Sr. Carol dressed us in saris up on the stage. The fabric was lovely. There is a photo of us in saris somewhere.

I loved visiting with her monthly for our special meals and putting puzzles together. I enjoyed our visit's in Philadelphia. I will miss her

The attached photos are added to the memorial of Carol Huss, MMS to help share their legacy.

Thank you for sharing your memory of Carol