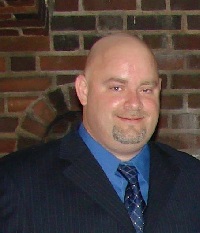 Edward F. Hayden of Lansdale, PA, died on Thursday, May 28, 2020, at Abington Hospital/Jefferson Health in Abington, PA. He was 52 years old.

Edward was born and raised in Ambler, PA, and is the dear son of Jesse and Carol Hayden.

Mr. Hayden attended Archbishop Kennedy High School and was a 1985 graduate of Wissahickon High School. He began his career as a service writer for West German Imports in Fort Washington. He worked for several automobile dealerships, including Peruzzi Toyota, Thompson Toyota, and, most recently, John F. Kennedy Ford in Pottstown. Everywhere he worked, Eddie developed a large group of coworkers who became friends.

Eddie was a huge Philadelphia sports fan, especially of his beloved E-A-G-L-E-S. He enjoyed playing ice hockey with his brothers at the Face-Off Circle and played goalie with his roller hockey league at the Roller Ranch in Line Lexington. Eddie also enjoyed a good game of golf. He was an avid reader and music lover and had a large collection of CDs and history books.

Eddie was devoted to his family, always the first to show up and the last to leave family events. He was the best uncle in the world and loved his nieces and nephews unconditionally. Eddie will always be remembered by family, friends, and coworkers who loved his sense of humor, quick wit, and his funny smirk on his face. Those who met Eddie, it didn't take long to love his personality.

Edward is survived by his loving parents, Jesse and Carol (nee Stoertz) Hayden, of Lansdale. He is the dear brother of Kathy Hayden of Scottsdale, AZ; Mike Hayden (Christine) of Phoenixville, PA; David Hayden (Marie) of Broomall, PA; and Patty Hartman (Tom) of Telford, PA. He was the proud and loving uncle of Caitlin (Ian), Erin (Fred), Zachary, Kamryn, Samuel, Jacob, and Lucas; godfather of Caitlin and Lucas; and grand-uncle of Caleb, Lianna, and Erick.

Edward's Funeral Service will be private, with interment in St. John Neumann Cemetery in Chalfont. A Memorial Service will be held at a later date. Click the "Signup Now" button, in the blue banner at the top of the page, to receive updates to Eddie's obituary and future service.

Remembrances to the American Diabetes Association, 150 Monument Road, Suite 100, Bala Cynwyd, PA 19004 https://www.diabetes.org/donate would be appreciated by the family.

I had the pleasure of working with Ed and becoming his friend. He brought not only a keen sense of humor to every situation, but also his thoughtfulness and intellect. We played golf together on several occasions and it was always a good time. Ed is also the principal player in a practical joke we played on my wife using his quick wit and sense of humor. The story is famous in my family and whenever I talked to Ed, invariably it came up. The world lost a good man and I will remember him always. RIP Ed.

Ed supported my wife and I when we adopted our daughter. Lorelai met Ed and has asked about him ever since.

Eddie was so hilarious! Another reason we all love him. We will miss you ed!

The old days in California. No better friend!

Eddie was my Buddy! No way this is happening!
He was there during my divorce...I was there for his. We talked politics (we always agreed!), we were opposites in sports E-A-G-L-E-S (Cowboys here!) and Phillies (Braves for me)...we loved playing golf. Our golf scores were generous due to unlimited handicaps we gave to each other! At the end of the day, we both scored under a 100...well that's what we gave ourselves.

MY DEEPEST SYMPATHY TO THE HAYDEN FAMILY. I WORKED WITH ED AT JOHN KENNEDY POTTSTOWN BEFORE TRANSFERING TO PHOENIXVILLE, HE WAS A NICE GUY, I ALWAYS GOT ALONG WITH HIM AND I KNOW HE WILL BE MISSED.

AGAIN SO SORRY FOR YOUR LOSS,
WENDY

My deepest condolences to the Hayden family. Especially to Ed’s nieces and nephews. He adored them all more than anyone can even fathom. They were his world. I’ve worked with Ed at 2 dealerships and he was quite simply the nicest and funniest guy you’d ever meet. He had a huge heart. He is going to be dearly missed by everyone he’s crossed paths with. I know this doesn’t bring him back, but I hope everyone’s kind words can at least bring you all a little comfort.

Dear Hayden family, we are so very sorry to hear of Eddie's passing. Sending prayers for comfort and healing for you at this sad time. All our love, Bob & Barb Lynch

I'm sorry for all the family and friends of a dear friend for life who had such a great impact in my life. You will always be remembered as a great friend and always part of the crew, the Ambler boys. I will miss your great laugh. Take care buddy. Dan Sweeney

I’m very sad to hear about Eddie’s passing. I have many great memories of growing up in Ambler with Eddie, including lots of laughs. May he rest in peace. Thinking of his family.

So sorry for the Hayden family loss. I remember the happy summers at the Lucky Well swim club during the summers. We had so much fun swimming. Carol and Jesse we can feel you pain of the loss of a child. Our prayers for your family. God bless and comfort all of you. Sincerely, Betsy & John Jampo

I am so sorry for your loss. Ed was a great guy. I worked with him on Saturdays. He was a hard worker, good with the customers. He really kept things moving. I will miss him. He was a son you can be proud of.
Coworker- Charlotte Gardner

My deepest sympathy to the entire Hayden Family. Eddie was a great childhood friend and I have many great memories growing up with him in Ambler. I was deeply saddened but know he is in a great place now. Rest in Peace. Your friend John Gaffney of Westwood, MA

Rest in Peace Eddie. I remember you and your whole family when you all lived on Southern Ave in Ambler. Love and Prayers for you and the family. Lorraine Urban

May god bless, strengthen, and comfort the hayden family during these troubling times...from McCollum family (GSK)

Prayers and positive energy to they Hayden family. Darci Sandstrom

So sorry for your loss Hayden Family my prayers to the Fsmily. .. Maria Minio 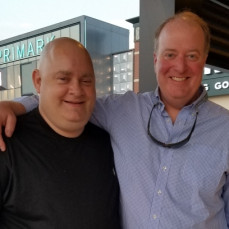 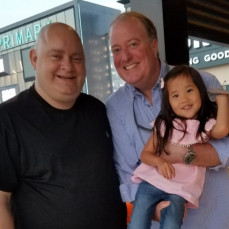 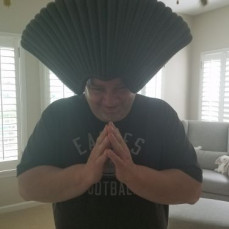 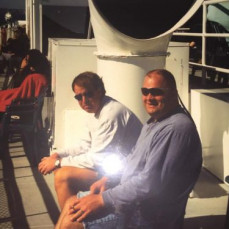 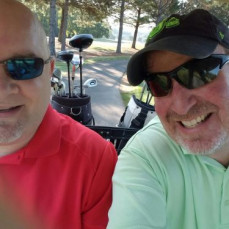 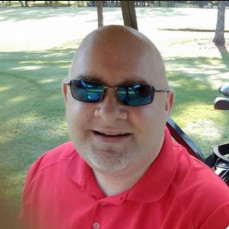 The attached photos are added to the memorial of Edward F. "Eddie" Hayden to help share their legacy.

Thank you for sharing your memory of Edward