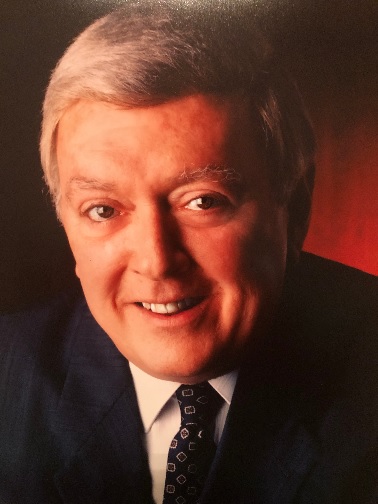 Laurence Patrick "Larry" Finnegan Jr., of Lower Gwynedd, PA died peacefully on Saturday June 6th, 2020, at Springhouse Estates. He was 82 years old. Larry contracted COVID-19 and battled it for over two months. While he overcame the virus, complications subsequently took his life.

Born in 1937, Larry was the son of the late Laurence P. Sr. and Anne (née Breslin) Finnegan.

Larry's greatest joy was his family. He was a proud Irishman who celebrated his heritage. He was a Philadelphia sports fan, handyman, and photographer. Larry was an active member of his community, basketball coach, and team sponsor. He was an avid traveler and especially enjoyed cruising. He was a long time parishioner at Saint Alphonsus Church in Maple Glen. He was a proud member of the St. Alphonsus Choir.

Larry supported many charities and educational institutions in his own quiet way. He was generous to a fault with both his time and support to his children and large extended family and friends. He was blessed with a larger than life personality, inclusively welcoming new friends, quick to engage in friendly dialogue and share a funny story. He will be missed dearly by all.

Over the last ten years Larry has battled a myriad of health conditions, never letting that dull his spirit. His strength and determination is an inspiration we will carry with us always.

A private viewing, funeral, and interment are to take place this week for immediate family. A celebration of life will be held at a later date.

In lieu of flowers, donations may be made to Fox Chase Cancer Center, Office of Institutional Advancement, 333 Cottman Avenue, Philadelphia, PA 19111 in honor of the Finnegan Family.

Our deepest condolences to all of the Finnegan Family. We are so sad for your loss. Please know you are in our thoughts and prayers during this difficult time. Love to you all.

Our brother-in-law, Larry, has been a special person in our life for decades. We will never forget the countless dinners, parties, good times and bad that we shared. As an "older brother", he had a tremendous influence on our life. The Finnegan home on Woods Lane was our home away from home and the center of cherished family time. Our hearts ache for Jerry and "the kids". Although Larry's passing is a deep loss, he will live on in our hearts until we meet again.

So sorry for your loss. Although I haven’t seen Mr. Finnegan in several years, I will always remember his warm hospitality and his huge presence in any room he would enter. I feel very fortunate to have known him. I will keep the family in my prayers during this very difficult time.

We are so sorry for your loss. Philip and Susan Ferrino 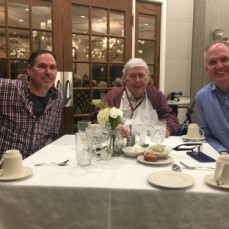 The services for Laurence have not yet been added. Please sign up below to be notified when the services are ready.

The attached photos are added to the memorial of Laurence Patrick Finnegan, Jr. to help share their legacy.

Thank you for sharing your memory of Laurence