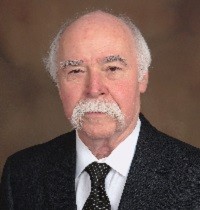 Richard Paul Kennedy, of Fort Washington, PA, formerly Bethlehem, PA, passed away Saturday, June 20, 2020 after a brief illness. He was 80.

Born May 21, 1940 in Washington, DC, to the late Orian Kennedy and Margaret Kennedy (Wasmer), he was the oldest of five children. Richard graduated Boca Ciega High School, St. Petersburg FL in 1958 and had a choice to study voice at Juilliard or fulfill his vision to become a doctor. In 1965, he graduated from the University of Miami Miller School of Medicine and then entered the US Air Force. He completed his internship at Wright-Patterson Air Force Base Hospital, Dayton, OH, and was then stationed at USAF Wethersfield Hospital in the United Kingdom as a flight surgeon. While he lived in England, Richard learned how to play golf and thus became an avid golfer.

Following his tour of duty, Richard completed his radiology residency at Philadelphia General Hospital. During his time in Philadelphia, he pursued his love of singing and performed with the Mendelssohn Club.

When not playing golf, Richard enjoyed reading, traveling, and cooking for family gatherings with his wife Elaine (Rose-Kennedy).

A private funeral will be held at Washington Crossing Military Cemetery in accordance with COVID 19 guidelines.

For those who wish to honor Richard, in lieu of flowers, contributions may be made in his memory to Disabled American Veterans https://www.dav.org or the Wounded Warrior Project https://www.woundedwarriorproject.org.

For those who wish to honor Richard, in lieu of flowers, contributions may be made in his memory to Disabled American Veterans https://www.dav.org or the Wounded Warrior Project https://www.woundedwarriorproject.org.
Directions  Add to Calendar

The attached photos are added to the memorial of Richard Paul Kennedy to help share their legacy.

Thank you for sharing your memory of Richard