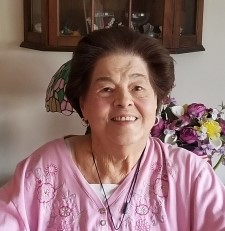 Doris Ethel Linde, age 93, passed away peacefully on November 1, 2020. Mom was born in Philadelphia, PA on October 26, 1927. She was oldest child of Wilmer and Ethel Becker Hazel. She was preceded in death by her husband William "Jim" Linde, Sr. Mom was also preceded in death by her daughter-in-law, Meredith Linde and grandson James Taylor Linde, siblings Urbon Hazel, Florence Hogan, and Earl Hazel. She is survived by a brother Bill Hazel of Philadelphia and a sister Mary Orth of Sicklerville, NJ.
Mom devoted her life to her family. She is survived by three loving sons, Wayne Doll, Sr. and daughter-in-law Jo of Wilson, NC; and Bill Linde of Ambler; and Charles Linde and daughter-in-law Angi of Cookeville, TN ; Grandchildren, Eddie Doll and wife Ramie of Wilson, NC; Kathryn Doll and husband Tareq Adham of Raleigh, NC; Courtney Linde and Fiancée Christopher Sherry of Leland, NC; Emily Rose Clark and husband Jordan of Cookeville, TN. Three great grandchildren Will Doll, Barrett Adham and Payton Adham.
Mom was a loyal employee of the Wissahickon School District serving as Administrative Secretary to Principal at Ambler Junior High and later Wissahickon Middle School for 32 years. Mom was a four time Cancer survivor who lived her life with grace and dignity while maintaining a positive attitude. She loved her school colleagues and special friends Gordon and Elaine Gerhart. Gordon was considered her fourth son. Also, Becky Freely of Ambler was considered a special friend.
Mom was a member of Calvary United Methodist Church for over seventy years serving as Sunday school and Bible school teacher. In lieu of flowers, the family requests that memorial gifts be made to Monroe Carell Jr. Children's Hospital at Vanderbilt, 2200 Children's Way, Nashville, TN 37232, Ronald McDonald Charities 3925 Chestnut Street Philadelphia, Pa. 19104, donation@rmhc.org or a charity of your choice.
A private family graveside service will be held in Rose Hill Cemetery.
Photos and tributes may be made at www.UrbanFuneralHome.com

Wayne, Bill & Chuck,
I came to know your mother back in 1972 when Ned & I married. She always had a beautiful smile, a kind word and such a positive attitude. Afterer
Ned's passing we would call each other once or twice a year just to keep in touch. My thoughts & prayers are with you all.
Carol (Ned) Moyer

Billy,
Your mother was one of the sweetest women I've ever known. She always had a nice smile and friendly greeting when I came in each morning.
The heart that your mother had for others is a rare gift to the many people who had the privilege to know her.
Look back on all the good memories you were able to share

Linda Walker
What a dynamo. Doris was the first face I saw in the morning and the last as I left. I have fond memories of WMS. She was the head honcho , ran point for me many times with parents and shared the love of her family always.

Rest in peace aunt doris...love you 💜

I never scan obituaries, but while turning pages of today’s Inquirer, my eye was caught by a picture and obituary of Dan Fitzgerald. Moving to the Urban Funeral Home website, I was equally saddened to see that Doris Linde had passed. I was hired right out of college to teach English at Ambler Junior High School in 1965. Dan was the principal and Doris was his secretary. Dan was my coach and mentor; Doris was my surrogate mother. She greeted me every morning with her energy, her smile and her good will. She gave me counsel, she guided me, she held my hand as I navigated that first year. I eventually moved to other positions in the district but always knew whenever I came to the middle school that I could find a home in her presence. God bless her. She is in God’s hands now.
Mark Foley

I can't picture the principal's office at Ambler Jr. High or the Middle School without Doris. She was aways charming, welcoming, helpful, super-efficient and supportive. All of us who had the privilege of working with her will always remember her fondly. I wish your family Peace!

Doris was so supportive and loving to us as students at Ambler Junior...Like having a second Mom right there at school. She was equally supportive of the faculty and all of her colleagues there and at WMS. What a wonderful lady who always had a smile for everyone! ( And we all know who really ran the school...) Sending love and sincere sympathy to Billy and the entire Linde family. Doris was a shining example of how to live life to the fullest. - Carolyn and Tom Shaner

cHUCK, YOUR MOTHER HAD A SWEET SPIRIT AND SHARED THAT WITH EVERYONE. mY SYMPATHIES TO YOU AND YOUR FAMILY
sALLY hASSINGER dRESCH

Doris was my husband's right hand "man" for many years while he was principal at Wissahickon. I doubt there were any nights when he got home from work that he didn't have something nice to say about this wonderful woman. Sincerely, Mrs. Jean (Austin) Snyder

What a wonderful lady. She made everyone feel special. Sending prayers of comfort to the family during this difficult time. May you find peace in all the wonderful memories you shared.

Never thought this day would come. She held a special place in my heart. My thoughts are with you Billy and your family.

Our thoughts and prayers are with you Bill and family. I admired your mother for her strength while working with her at the Middle school and her bouts of cancer. She was

Billy, I am saddened by the loss of your mom. I remember her well from the main office of WMS. She was a fine lady. My condolences to the family. Bobbi Kennedy

Our thoughts and prayers are with your family, God Bless Doris RIP 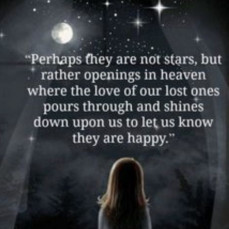 The attached photos are added to the memorial of Doris Ethel Linde to help share their legacy.

Thank you for sharing your memory of Doris