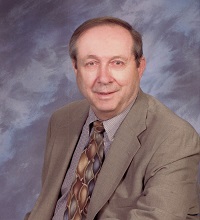 James L. Mangol, age 78, of Ambler, Pennsylvania, passed away on Saturday, October 9, 2021, at the Pine Run Health Center, located in Doylestown, PA, where he had resided since late 2019. He was the son of the late George and Helen (Kuzma) Mangol, who lived in Girard (located in northwestern Pennsylvania), PA.

Jim is survived by his wife of 50 years, Leona A. (Niebauer); two sons, James Christian Mangol (Shannon) and Matthew Stephen (Carrie); 7 grandchildren; one brother, George (in Columbus, GA) and a sister, Virginia (in Philadelphia). Jim was preceded in death by an infant son (Michael Stephen); his parents; and both sets of his grandparents.

He attended elementary school at St. John's Parochial School, where he was an active Altar Boy, serving throughout his youth and high school years at the Latin Masses at St. John the Evangelist Catholic Church, in Girard, Pennsylvania. He attended Cathedral Preparatory School in Erie, Pennsylvania for his high school years and graduated with a Bachelor of Science degree in education from Gannon University.

As both sets of grandparents entered the United States via Ellis Island, from Czechoslovakia, their native tongue was Slovak and, from his youth, in order to speak with them, Jim became fluent in speaking Slovak to his grandparents! Speaking this foreign language prompted an interest in learning other languages. Jim had two years of French while at Cathedral Prep and once at Gannon University he found there was a Father Finn who taught the Russian Language and, from this spark of interest in the Russian Language, sprang an interest in the learning of additional foreign languages, i.e., German, Italian. (And on retirement, he began an interest in learning Hebrew as well!)

Jim and his family have been members of St. Anthony of Padua Parish in Ambler, PA for 48 years (since 1973). Before their children were born, Jim taught in the CCD program there for four years.

Also certified in French - and Russian, German, and Italian noted above, all from Temple University - with continued studies there, gaining a Masters plus 30 (M.Ed.+30) - and then a Masters plus 60 (M.Ed.+60), thereby placing him as a Senior Career Teacher.

During his career, he was chosen for a NDEA Russian Institute - 8 weeks of study, 8 grad credits at Dartmouth College, and, then in 1967, for 10 weeks study, 10 graduate credits - five of which were in the Soviet Union. In 1986 he was chosen to participate in the Philadelphia Alliance for Teaching Humanities - a five-week total immersion program in French! In 1991, Jim was recognized for the "Rose Lindenbaum Improvement on Education Teacher Award," a highly esteemed and coveted teaching award. For a three-year period, he supervised a Big Brothers' Program of activities for disadvantaged youngsters in the city of Philadelphia. While teaching, he organized and led students on three trips to Germany and three trips to the Soviet Union and Russia. During his last five years of teaching, he not only taught a full roster of classes, but he also co-chaired the Foreign Language Department at Central High School!

After his early retirement, he was a volunteer for five years in the RSVP (Retired Senior Volunteer Program), where he was busy auditing five college courses (one a semester) at Temple University's Ambler Campus, as part of the Senior Scholar Program.

For members of The Meadows Condominium of Lower Gwynedd (where he lived), he arranged and led three successful day trips by excursion bus - which proved not just an exciting adventure for everyone, but a time to learn about the wonderful cities around us, and to get to know each other so much better!

Aside from his interest in languages, travel to foreign countries was especially enjoyed - by his wife and himself! An avid reader, he enjoyed non-fiction, theology, philosophical, and biographies. Gardening was a most welcomed activity. Whenever he talked about his grandchildren, his face lit up like a Christmas tree and he bubbled over with excitement as he told of his or her latest happening! His sons and their wives - and their children - were the utter joy of his long life!

In lieu of flowers, remembrances may be made to the St. Anthony of Padua Library Fund at the above address.

We are so sorry for the loss of your husband, father and grandfather. May these trees be a living tribute to his memory. Your family is in our prayers 3 trees were planted in memory of James L. Mangol

It's been an honor meeting Jim and playing a variety of music for him, including French and Latin songs and hymns. He will certainly be missed. Prayers and thoughts with all the family.
Serge El Helou, Music Therapist, Ascend Hospice.

One of the kindest people that I have ever met. I enjoyed our talks about traveling the world. Jim knew that my wife and I enjoyed Spain and he shared a book with us, Sagrada Familia. Jim and this special book will always have a place in our hearts.

So sorry 😢
Will always remember his ready smile and positive personality
Will also be thankful for him and Aunt Leona for opening my eyes to a great big world when you all invited me into your home to babysit Matthew all those years ago !

The service was beautiful. The singer was terrific. You spoke very well with your great integrity. Big Hugs and Kisses from your big sister, Lucille

I first met Jim in the summer of 1964 at Temple U as we were both beginning our masters programs. We were assigned as roommates in the most miserably hot dorm in Philadelphia. Jim never complained and I never stopped complaining. This was the beginning of a wonderful friendship of two very different people. We continued as roommates for several years as we started our teaching careers. Jim was just a great guy - positive, fun, smart and loyal. Additionally he could COOK, a still I never mastered. I always admired his energy and intelligence for the teaching profession and hoped his students realized how fortunate they were to have him as their teacher. Something few people know is that he and Leona introduced me to my future wife, Dawn over 51 years ago. We are so sad at his passing and appreciate all the good memories we have of him. Our love and condolences to Leona and his family and friends. Tom and Dawn Frew, Shaker Hts. Ohio.

Jim was a wonderful and supportive colleague to all the members of the language department at Central.
I am very grateful for all the support and encouragement he gave me during my time there, and especially for his kindness and generosity of spirit when my wife was critically I’ll.
When I suddenly began teaching German in the middle of the term he was a generous and supportive friend and colleague.
I always enjoyed those long philosophical discussions we would often have at the end of the day, and I always marveled at the bags loaded with school stuff that he would take home every day.
I used to joke that families have emigrated with fewer bags.
My most sincere condolences to you all.

With Love from cousins Becky, Luisa and Tom. Our prayers are with you. 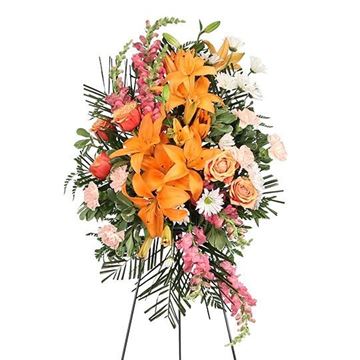 Tropical Tranquility was purchased for the family of James L. Mangol by Becky Widdecombe, Luisa and Tom Kuzma.

I will always remember Jim for his contagious "belly laugh!" In their early married life, living in downtown Center City Philadelphia, I was a frequent visitor at their top floor apartment (climbing numerous number of stairs!) and also in their town home in Ambler. Theirs was always a warm and welcoming home. My visits were often during the visits of Jim's parents and Leona's and my Mom; they were marvelous hosts, as they always gave us tours of parks, farmers' markets and garden centers. Jim will be missed very much. ~~~ his sister-in-law, Ida Gorman

My heart goes out to Leona and family and friends of Jim upon his passing. I remember Jim with fondness and enjoyed chatting with him after Mass on several occasions. I was on a church trip to Italy in 2011 with about 45 parishioners, including Jim and Leona. One chilly night, all of us had a wonderful dinner, but it was outside and when Jim saw how chilled I was, he lent me his jacket so I could be comfortable. That was Jim - always thinking about others before himself. I never knew about his magnificent career and all the difficult languages he spoke fluently He was never one to boast. Jim will be missed, but he certainly led a wonderful, full life. He was a very special man.

The attached photos are added to the memorial of James L. Mangol to help share their legacy.