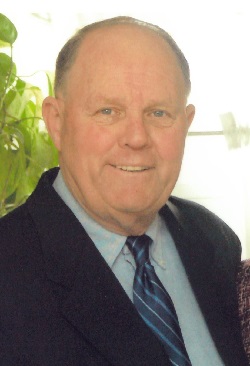 Jesse D. Hayden, Jr., 88, of Lansdale, PA, and formerly a life-long resident of Ambler died peacefully surrounded by his family on Monday, November 15, 2021, in the St. Mary's Center for Rehabilitation and Healthcare Lansdale, PA.

Born in Upper Dublin Township, PA, he was the son of the late Jesse and Louise (nee Murray) Hayden.

Jesse is proud of his family and his community. At a young age, he learned the values of a good work ethic and community service. He delivered the Bulletin after school and on Saturdays, mowed lawns, and washed and waxed the floor of O'Brian Café on Butler Ave. His earnings helped support the family. He continued this life serving our country and community.

Jesse proudly served in the United States Navy from 1950 to1954 on the USS Preston.

After his military service, he returned to Ambler, obtained his G.E.D., and began working for the Witchwood Country Dairy Ice Cream Plant in Springhouse, PA, and the Lynch's Service Station on Butler Ave in Ambler. He attended the Warton School specializing in automobile and property insurance. In 1958 he began a 30-year career for the Harleysville Insurance Company, where he also belonged to the Harleysville Fire Company as an ambulance driver. He specialized as an investigator in fire claims in the tri-state area and appeared before local and the NJ State Supreme court as an expert in fire and vehicular accidents.

Jesse served as part-time Fire Marshal for Borough of Ambler and Springfield Township (Montgomery County) and in1990 joined Upper Dublin Township as the full-time Fire Marshal. He enrolled in Montgomery County Evening School for an associate degree in Fire Science. When Jesse retired, he worked part-time for the Urban Funeral Home, Scanlin's Funeral Home in Chalfont, and other Funeral homes when requested.

Mr. Hayden was a committed community volunteer. Jesse joined the Wissahickon Fire Company in Ambler, PA, in 1955. He was an active life member and served as chief in 1976 and 1985-1986. Jesse often took pictures and developed them at home to aid in fire and accident investigations. He also served on the board of Engineers; as a Chief Engineer; and the Fire Prevention Committee. Jesse would always spend Fire Prevention week visiting schools, nursing homes and daycare facilities where he would talk about fire safety. He also visited schools where his grandchildren attended to teach them and their classmates about fire safety. He was famous for his 'Magic Boots' and handed out lollipops and coloring books. Jesse served as Chief Engineer for the Ambler Community Ambulance Association for 25 years. He was an active member of St. Anthony of Padua Church, Ambler, since 1958, where he served as an usher and directed traffic for Christmas Eve Mass.

Jesse was an avid reader and enjoyed playing football, basketball, baseball, and hockey with his children, grandchildren, and the neighborhood kids. During snowstorms, Jesse would walk around the neighborhood and use his snowblower to help dig out neighbors' walkways and driveways.

Jesse is the beloved husband for 62 years of Carol (nee Stoertz) Hayden. He is the devoted father of Kathy Hayden, Scottsdale, AZ; Mike Hayden and wife Christine of Phoenixville, PA; David Hayden and wife Marie of Broomall, PA; Patty Hartman and husband Tom of Telford, PA; and the late Edward Hayden (May 28, 2020). Jesse is the loving grandfather of seven and great-grandfather of four. He is the brother of James (Amanda) of Ambler, Arthur (Angie) of Ambler, Patricia Dilworth of VA, and the late John Hayden.

Relative and friends are invited to call after 9:00 AM on Monday, November 22, 2021, at St. Anthony of Padua Church 259 Forest Ave. Ambler, PA. Words of Remembrance will begin at 10:30 AM followed by Jesse's Funeral Mass with Pastor Msgr. Stephen P. McHenry as Celebrant. Interment will be in St. John Neumann Cemetery, Chalfont.

Never ment to say borrow to know him ment to say more than an honor. Again sorry for your loss.

Jesse was always full of energy and had time for everyone. I always admired that he volunteered for all kinds of things that helped the community. It was a horror to know
"Sweets". Sorry for your loss

Please accept my deepest condolences for the passing of your Loved one. I pray for your strength and that the memories you all shared will keep your spirits up. Gone but definitely not forgotten

Every once in a while, the world is graced with an exceptionally special person, and Jesse Hayden was one of those people. He was a true leader in every sense of the word.
My deepest sympathy to the Hayden family, I will keep you in my thoughts and prayers.

I didn’t get to visit you much but you were alway in thoughts. May you Rest In Peace. Fly high uncle Jessie. May you watch over aunt carol and your children . I’m sure you will be greatly missed by many.

my uncle Jesse was such a kind man always taking pictures a family functions i enjoyed writting him on facebook .i will miss him so much love you and will miss you

The attached photos are added to the memorial of Jesse D. Hayden, Jr. to help share their legacy.

Planning for the inevitable is a gift. Use our Will Checklist to start getting organized today, and have the gift of planni...