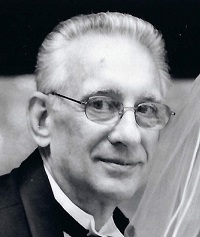 Thomas E. Yorgey, 81, peacefully died on Sunday, December 12, 2021. A lifelong resident of Philadelphia, Tom was the son of the late Raymond and Eleanora Yorgey.

Tom was a talented artist, and he was particularly adept at painting with oils. He also was a history buff and spent many years visiting historical parks and battlefield reenactments with his family. To relax, Tom enjoyed playing his drums and fishing. In a nod to his Native American ancestry, he would use his fresh catch as fertilizer for his prized tomato garden.

Tom's love of movies began in his youth when he would spend Saturdays at the cinema watching a double feature. He particularly enjoyed a good western or war movie, and he had a fantastic memory of actors, roles, and storylines dating as far back as the 1930s. He shared this enthusiasm with his children, and they would hurry home from church on Sundays to watch an Abbott and Costello or Ma and Pa Kettle movie.

Tom is survived by his beloved wife of 54 years, Charlotta, and his loving daughters Lisa (Robert) Lester of Ambler, PA, Lynn Yorgey of Philadelphia, PA, and Tara (Michael) Smith of Maple Shade, NJ. He was also the proud grandfather of Alicia Smith, Brian Lester, and Michael Smith, Jr.

At Tom's request, there will be no funeral or memorial service at this time.

There are no events scheduled.

Sorry to hear of Tom's passing. Tom and I worked together at Rorer Pharmaceuticals. I haven't seen Tom after leaving Rorer, but i do remember Tom as being very friendly and a good worker. Aldo Braccio

The attached photos are added to the memorial of Thomas Earl Yorgey to help share their legacy.

Grieving from a Distance Article

Learn ways to show love and support to those who need it, and also begin the grieving process.

Grieving from a Distance

Learn ways to show love and support to those who need it, and also begin the grieving process yourself, from a distance.